Pattaya is known for two things...its beachfront and, to put it delicately, its red-light district, called Walking Street. So, naturally, we decided to go for an evening stroll to check out the scene.

There are an estimated 42,000+ prostitutes or "working girls" here (no, that is not a typo) and most can be found hanging around up and down the beachfront and in the numerous bars and strip joints on Walking Street. And there are many, many, Caucasian men of various nationalities strolling along the sidewalk and down Walking Street. I guess the best way to describe the scene is that they are "shopping." There are lots of "lady boys" too, and they are pretty convincing women, until you look at their Adam's apple.

Picture Bourbon Street on steroids...that's the best way to describe Walking Street. Here's what we saw. 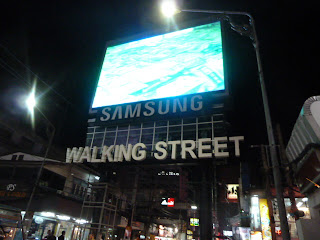 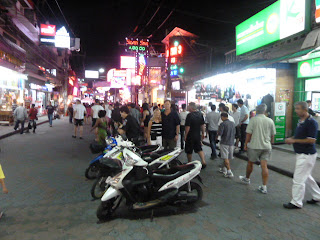 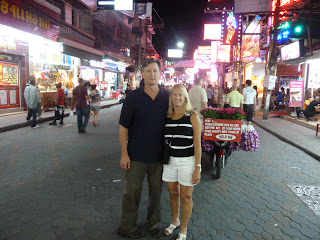 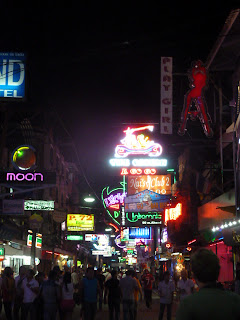 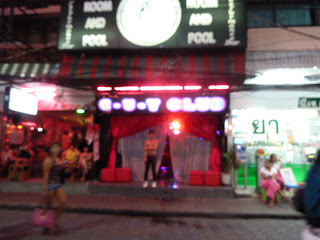 Darlene and I hadn't had dinner so we bought donors - Mediterranean style sandwiches. 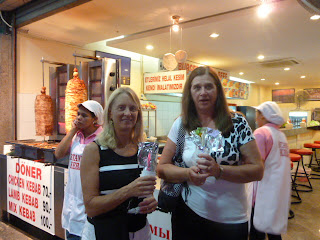 The other option was fried scorpions, crickets, roaches, and caterpillars from a cart. YUK! I tried to take a picture but the guy said "no pictures."
YOLO!!
Posted by Devoni

You Only Live Once...

Devoni
Who am I? I am a wife, mother, daughter, grandmother, sister and friend. I love hiking, reading, college football, walking and working out. My passions are writing and traveling - this blog is an extension of those passions. Comments and suggestions are welcome!